Ishara Nanayakkara Son of Rajah Nanayakkara, is a business magnate and a Sri Lankan entrepreneur, and the richest man in Sri Lanka as of (2020). 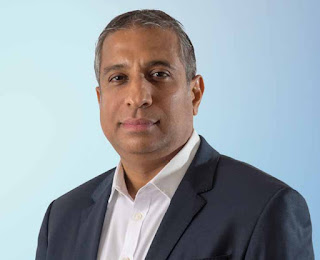 Ishara Nanayakkara's father is Rajah Nanayakkara, founder and CEO of Ishara Traders (Pvt) Ltd. The company is leading the way in importing and selling new and reconditioned cars. Thirty years later, the organization is still a leader in the industry.
Ishara turned into financial services and started investing in financial companies like LOLC. He was also appointed to the LOLC Board of Directors in 2002. He also served as Vice President of Lanka Orix Finance from 2011 to 2018 and was appointed President of Browns Investments in 2013. In
, you resigned from the board of directors of Sairam Bank in September 2018. After serving as a member of the board of directors from 2002 to 2018, he was appointed as the president of LOLC in 2018. Under his leadership, as of December 2018, the total asset value of LOLC has reached 1,008 trillion US dollars. The development field in Sri Lanka has allowed the group to enter the fields of agriculture, leisure, construction and renewable energy, while continuing to expand the existing product portfolio.
In 2019, after a Korean bank intentionally and intentionally acquired LOLC Cambodia's microfinance subsidiary for US$603.4 million, he finally overthrew Dhammika Perera and became the richest man in Sri Lanka. In February 2020, his Browns Healthcare was acquired by another business tycoon, Harry Jayawardena, for a price of $1.6 billion.